You are here: Home1 / All Articles2 / Deterioration3 / Damage to wood supports 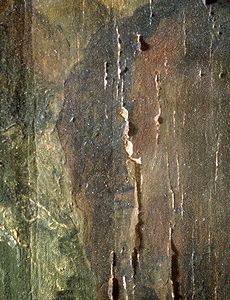 Buckling caused by the support

Badly conceived support structures
The worst damage that can be found on painted wood panels is always attributable to the direct or indirect action of the wood support. The ground preparation and color layers – although they are well attached to the support – have different properties and react in different ways to hygrometric solicitations. Even the support elements (wood panel, frame, battens) react differently. Individual characteristics are imposed upon the deformations by the way the panel fits together, the nails and the glue. If an attentive analysis of the conditions necessary for stability is not made beforehand, any type of intervention modifying or substituting even part of the support risks the stability of the above-lying layers. Treatments that flatten out the panel by means of force can cause widespread flaking and detaching of the pictorial layer. 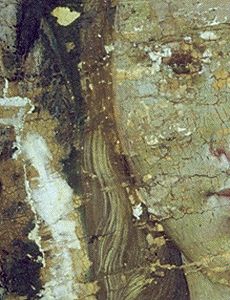 Transfer and marouflage
In use since the 1700’s, and resorted to in cases where the wood support was in seriously precarious condition, the treatment of transferring a panel painting has been accompanied by many polemics. The operation consisted in the softening of the preparatory layers in such a way as to be able to detach the pictorial layer from the original support, and transfer it to a new support. The most frequent use of this technique was the transfer from panel to canvas, but it is not unusual to find a panel to panel transfer or even canvas to canvas. The physical and aesthetic damage that occurs in this type of drastic intervention have been numerous and quite serious. Less serious, but still a change in the nature of the work, is marouflage. This treatment consists in gluing a painting on canvas to a rigid support: the weave pattern is often impressed into the paint layer rendering the appearance unnatural. 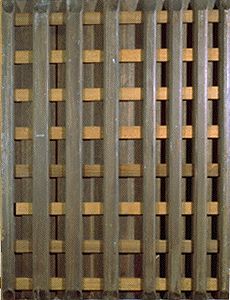 Support battens on a wood support

Support battens
In the past, the use of support battens on the reverse of a wood panel painting was meant to prevent or correct deformations in the wood support. This technique dates back to the 1700’s, and there are numerous variants, both in terms of the materials that are used and the construction methods and application to the support panel. During the 1800’s battens were systematically applied to every panel painting in restoration. This type of structure however, due to the fact that it limits the natural movements of the wood, has often caused irreversible damage; for example, numerous splits in the panel and the detachment or flaking off of the pictorial layer. In order to facilitate the flattening out of the panel and to correct the deformation, the panel was often first reduced in thickness. Over time the thinness of the panel contributed to the splitting and damaging of the pictorial layer, accentuated by the tensions that where generated by the weight of the battens– often heavier than the panel itself. 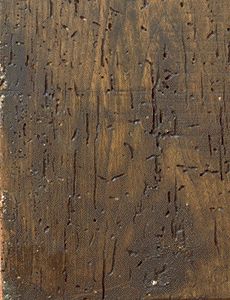 Thinning and reduction of the support

Reducing the thickness of the panel was sometimes carried out just to cut away the parts that were seriously damaged by hylophagous insects. This operation rendered the work much more fragile and influenced the hygrometric stability that over time the wood had attained. Brusque compensating tensions were created. It is not rare to find pictorial works that are no longer original in size due to interventions made to fit them into pre-existing frames. More unusual is the case where a work has been divided up in order to create economically profitable multiples. The dismembering of poliptychs – even when not accompanied by a reduction in the measurements of the single components – is always a very serious problem for the work as a whole. In addition, it entails the separating of the panels painted on both sides – as was done to the Maestà painted by Duccio in 1771. 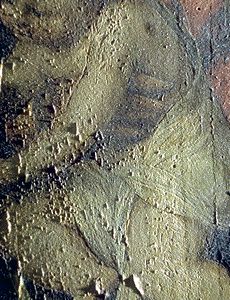 Buckling of the pictorial film

Often the methodology of an intervention was correct, but it was carried out with materials that proved to be inadequate. In the past, very serious and irreversible damage has been inflicted on supports, ground preparation and paint layers due to the impregnation of the object with the wrong consolidants. The consolidation of a wood structure is always an extremely delicate operation. It must be carried out in repeated stages, gradually increasing the concentration of the consolidant. When there is a non-homogeneous impregnation, serious structural impairment can occur. Inadequate products or those that are too dense can form a “crust” on the surface. In addition to resulting in an ineffectual consolidation, a successive treatment could be rendered problematic. Unfortunately, even though the great majority of restoration interventions are in keeping with the concept of reversibility, when a substance impregnates a structure, this concept is no longer applicable. 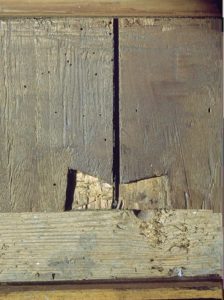 Protecting the back of the wood panel with a barrier meant to balance the two sides of the structure has at times been carried out with substances that are too waterproof or that penetrate too deeply (for example, hot wax or silicon films). This causes new imbalances resulting in new and even more serious damage. The use of improper impregnating substances can accentuate the tendency to vary the form and dimensions of the wood. This can produce deformities or splitting as well as damage or detaching of the pictorial layer that did not previously exist. The alterations, in addition to being physical in nature can also be aesthetic; they can change the chromatic balance in the work. Frequently there are also splits and breaks due to inserts made from wood different than that used in the support, not sufficiently seasoned, or placed against the grain. 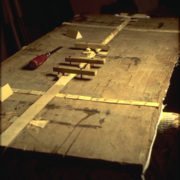 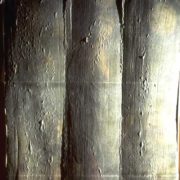 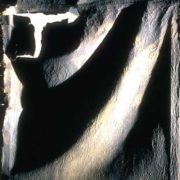 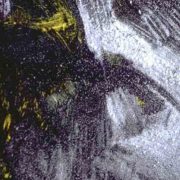